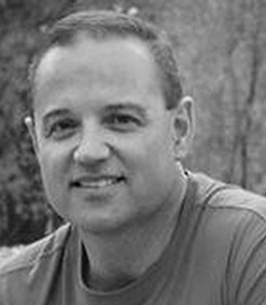 Michael James Wilmot, 51, of Littleton, Colorado, died on Thursday, October 12, 2017. He was born in Miami Beach, Florida, on July 9, 1966. He is survived by his wife Deb and their three children Rachel, Joey and Luke, as well as his sister Tiffany Wilmot, nieces Anna and Lizzy LeBleu, and father Michael Wilmot. His Canadian survivors include his uncle Henry Wilmot, his aunt Anna Johnson, and their families. He is preceded in death by his mother, Nancy Wilmot.

Although he left us too soon, he lived his life fully and accomplished much. Mike was a midshipman at the US Naval Academy from 1984 through 1988, earning his degree in engineering. He graduated in May of 1988 and accepted a commission as an officer in the US Marine Corps. Mike completed his military service in May of 1994 after serving in Desert Storm, receiving numerous decorations and honors, and obtaining the rank of Captain.

After earning his master’s degree in computer science from the University of North Carolina at Charlotte, he spent most of his professional career working at Microsoft Technologies, most recently as a Technical Sales Professional.

Mike was an active and passionately devoted father, constantly sharing his love of the outdoors with his children and his dog, Thunder. He was most joyful in the presence of his family - hiking, skiing, racing, and enjoying each other’s company while savoring the beauty of the Colorado mountains he loved so much. On a weekly basis he could be found supporting his children in their various activities such as gymnastics competitions, tennis matches, and swim meets. He spent many weekend hours toting his youngest son Luke, with Down Syndrome, to adaptive sports, bowling outings, and ice cream runs. He was an adventurous spirit who competed in triathlons and marathons and worked on his fitness goals daily, including swimming, biking, running, and practicing jiu jitsu.

He approached his physical pursuits with drive, passion, and grit. He was personable and had an easy smile, engaging all those he met with genuine curiosity and interest. He liked to dive deep and talk about subjects that transcended the everyday.

Mike’s death by suicide leaves an enormous hole in our hearts. He struggled with depression from his teenage years through most of his adult life, but he still managed to be a strong contributor to his family and community and a hero to his children. We will never receive the answers we seek, but we will always hold in our hearts the memory of the good he brought into the world. He will be deeply missed. As an expression of sympathy, memorial contributions may be sent to The Michael Wilmot Memorial Fund via any US Bank branch.